Learn how this single mother went from retail hell to a much cooler situation. 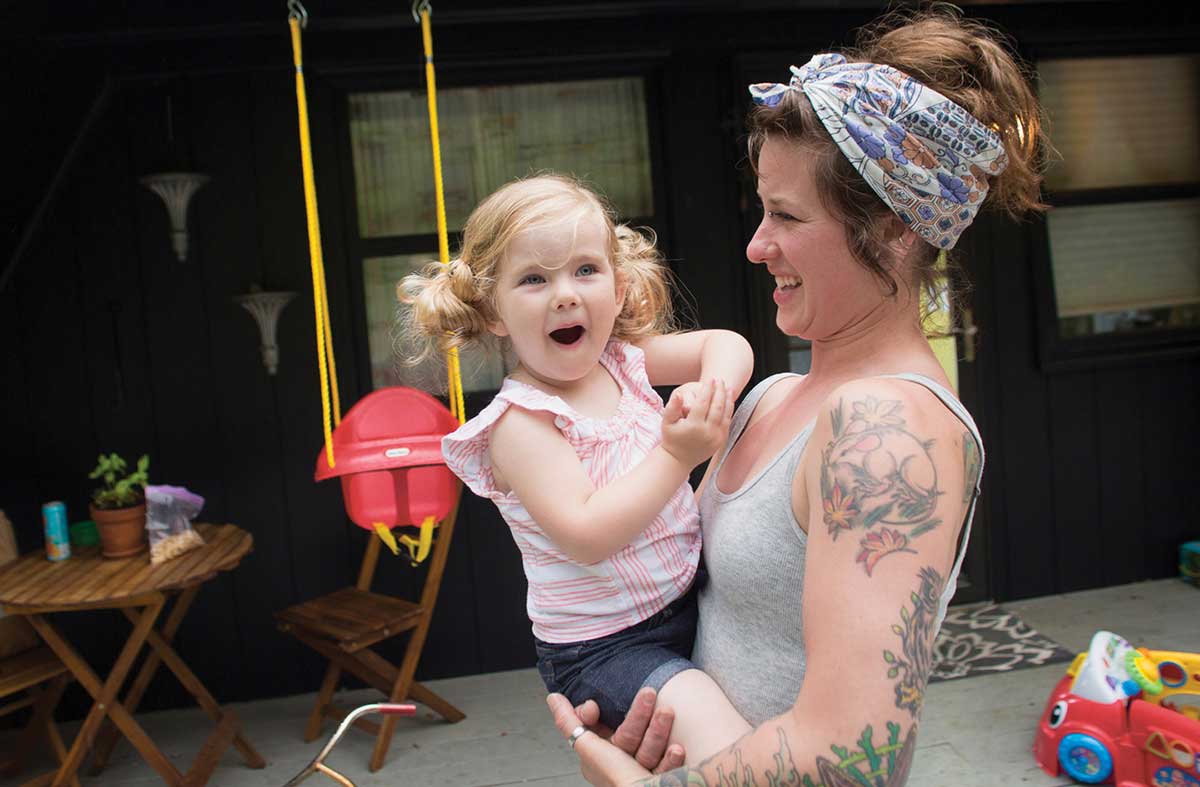 Listen to Lindsay in this podcast, where she shares her story with the Western Mass Women’s Fund.

Lindsay Gustafson is a single mom with a 2-year-old daughter named Lena. She also has her own house, a motorcycle, a beautiful garden, colorful tattoos, and enough money to buy Lena a lot of fun toys. All at the age of 30. For most kids, this constitutes a pretty cool Mom.

But life for Lindsay wasn’t always so cool. Before getting into construction, she worked in retail making low wages. She also had no health insurance, which worried her. “I was living paycheck to paycheck” remembers Lindsay” and if anything ever happened to me, I would have been in major trouble.”

Plus, retail just wasn’t in her. She found it boring. “I’ve always been a bit of a tomboy and helped my Dad around the house,” recalls Lindsay. “I also worked at a plumbing company when I was younger and enjoyed it before they went out of business.”

Eventually, Lindsay found her way back into the trades, and is now a licensed union plumber working on the MGM Springfield resort-casino development. She loves being outside and active. She’s been able to save more money than she ever imagined, and even bought her own house. “The health coverage was also important, especially when I got pregnant,” adds Lindsay. Indeed, between her income, benefits and pension, she’ll be able to support herself and her daughter today and tomorrow. All of which makes Lindsay a mighty cool role model for women – not to mention a little girl named Lena.