These women built a life that works for them. Read about their life-changing experiences. 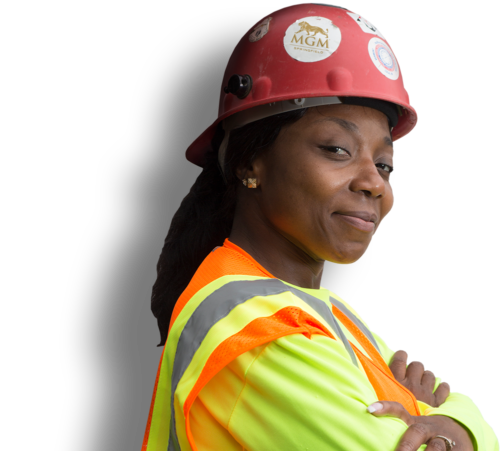 Learn how this operating engineer went from foreclosure to home free. 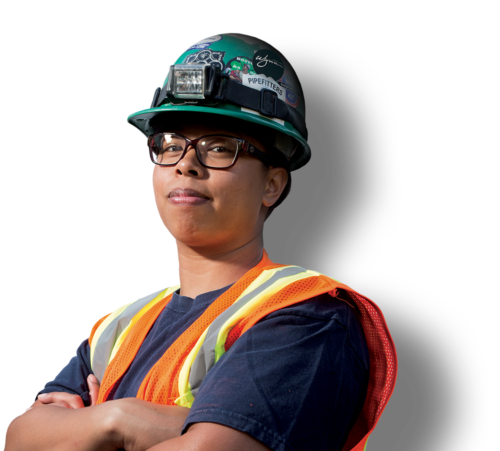 Learn how this pipefitter went from minimum wage to family home owner. 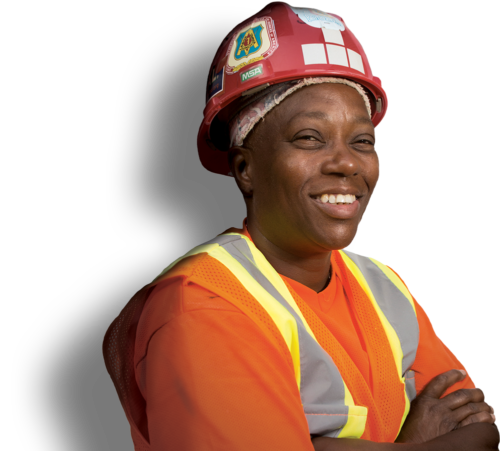 Learn how this carpenter went from working all week to traveling all over. 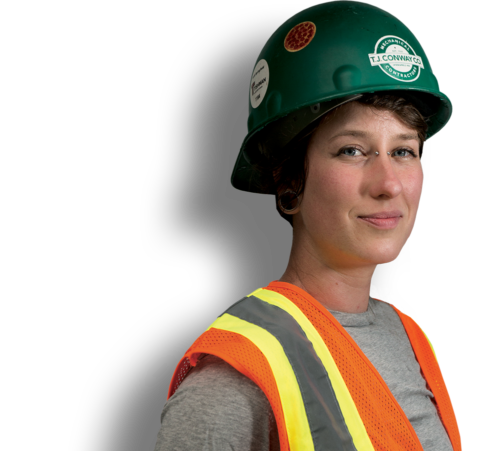 Learn how this single mother went from retail hell to a much cooler situation.

“My name is Glayce Miranda-Sena, and I am a Brazilian immigrant. I came into the United States in August of 2005, 15 years ago. The day I arrived in Boston, I had a pair of shoes, a t-shirt, a pair of pants, and a couple of bucks in my pocket. As an immigrant and as a woman, things were challenging in the beginning, especially without a family and support. Since day one, I was on my own. I had to work twice as hard to survive. I didn’t know the language, and since I couldn’t afford to pay for school, I managed to learn English on my own. Along the way, I’ve met a lot of people, but one of them, in particular, was responsible for opening my eyes to something I always wanted to do. Around 2006-2007, I met Christiane, a Union female Laborer. She told me about her job, how much she enjoyed working at construction, buildings, bridges, highways, and how great it was to be part of a Union. I shared with her how much I enjoy working with my hands and that I would love to do what she was doing.” In describing her favorite part of being a tradeswoman, she states, “My favorite part is learning something new about my trade everyday at work and at school. It could be challenging sometimes but I love everything about it.” Glayce describes her journey as an electrician saying, “I know it is not going to be easy, but my qualities will lead me to a successful career as an electrician. I will be going to school and work at the job site as safe as I can, to come home to my wife and two fur kids, the most important part of my life.”

When Erica came to us a year ago, she was working a customer service job and looking for a change. Originally looking to get into the Carpenter’s Union, Erica attended Tradeswomen Tuesday where she learned that a paving company, Indus, was hiring and no experience was required. She jumped at the opportunity to apply and hasn’t looked back since. “It’s so different!” Erica’s enthusiasm for what she does is contagious. Though working on a bridge crew is hard work, Erica says “It’s worth it. It’s worth the hard work for the benefits, for the money and for the down time in the off season.” When asked what advice she has for other women thinking about entering the trades Erica said, “Just do it.” “If YOU think you’re capable of the job, DO IT.”

Angela connected with the Build A Life outreach team at a community event. She was interested in applying to the Carpenters apprenticeship, but not sure how to navigate such a career shift. Her background was in early childhood education, and she did not have much experience in the trades. After learning more at an Tradeswomen Tuesdays, Angela decided to go for it; She applied for, and was accepted into, the Carpenters apprenticeship program. In July 2020, Angela started on the job as an Apprentice with Carpenters Local 339. She is currently working for a company called FINE (formally New England Finishing Systems), learning specialty work and millwork. "I've been working for about a month now, and its going well! But I can’t wait to start school so I can have more confidence with tools and materials while working. I am grateful to employed during COVID, and I hope to seize the opportunities sent my way to learn my trade and become a well-rounded Carpenter."

As a veteran, I feel right at home in the trades. When I was in the service, I got to do some welding, I fell in love with it. I was really good at it, and even got a welding award. I got a flyer for Tradeswomen Tuesdays, and that is how my journey to becoming an Elevator Constructor started. With my work schedule, I couldn’t make it to Tradeswomen Tuesday right away. Even so, I was signed up on the Build A Life email list, and I heard from them once a month. So even though I didn’t pursue this right away, when I was ready, I knew exactly where to go. Once I became more focused on my career, I applied to the Building Pathways Pre-Apprenticeship Program. I was really persistent – the first time I applied to Building Pathways, I missed a part of the application process, but I applied again to the next class and got in the second time. Sometimes you have to try a few times before you find your path. Your mind might try to make you think that setbacks means it’s not meant to be, but it’s really just your mind testing you. In Building Pathways I got focused. The program was great, I got to learn about all the different trades, which confirmed that welding is really what I wanted to do. It feels like Build A Life, Building Pathways and Helmets to Hardhats have intertwined to support me in this journey - for that I am grateful. I am proud to be an Elevator Constructor, pursuing my dreams. I am finally in a place where I am emotionally and intellectually strong, and doing what I love.

Many college graduates don't receive the type of pay and benefits that a union construction worker does. I know, because I am one. In 2005, I graduated college with a Bachelor of Science in Human Development and a concentration in Early Childhood Education, and received my teaching license after passing my test on the first try. I tried for nine years to obtain a job in a public school system. I worked in head start programs, parochial schools, private schools, and early education centers while also waitressing, bartending, and managing a restaurant part time, just to pay the bills. I did all this while raising my now, sixteen year old daughter. I contemplated going back to college to obtain a master's degree in mathematics, but deep in debt with student loans, it wasn't going to work for me. While considering options, I thought, “Carpenter's use math. Maybe I should apply to the carpenter's union.” With some help and advice from some friends, I decided this is what I would do. I went to the orientation, received an application, and waited three, seemingly, long months for an interview. I interviewed to be a floor coverer because I was told that there weren't many women who did flooring and if I chose this path I would be put to work right away. In May 2015, I began my apprenticeship and my career as a floor coverer with Pavilion Floors.

I remember feeling frustrated of being in a constant catch 22–never ending dilemma. Wanting to do and be better yet constantly drowning from bills and scraping what I can with the only crappy minimum wage jobs I could get when not having a degree. While going back to school wasn’t an option because I owed them money too! I ended up expressing this to the only Tradeswomen I knew, Jenaya. She told me about Tradeswomen Tuesdays. Being there surrounded by other women interested in the trades was motivating but being encouraged by women already in the trades to join was just the push I needed. There I learned about Building Pathways and put my all into it. Now I’m a 1st year Apprentice at local 103. To be honest doing this type of work is far from easy yet so worth it! I’m grateful to be apart of a Union that supports me completely, on top of my bills, have A1 insurance, security with my savings and I’m actually looking forward to the future. Wish I knew about it sooner! My advice to woman interested in getting into the trades .. DO IT!! As long as your not afraid of hard work, you're Golden!